AU Sand in Your Undies at Kingston SE 2019

Top Posters In This Topic 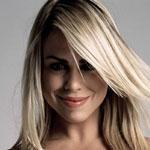 Some video of what the foreshore looked like on Australia Day....

after much procrastination, here is Lionel's view of Kingston. enjoy. (I uploaded a 4k file and all I see is 360 ?) not sure what the go is there.

Some awesome shots there mate. Back home, settled back in and missing Bull's coffee already. It was fantastic to catch up with close friends once again and a shame others couldn't make it.