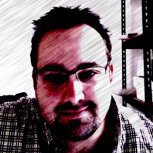 This Magazine has been digitised by Extreme Kites with the express permission from Andy Preston, the original Publisher/Editor of Freestyle UK Zine.
I have provided 3 options on Download which include High Resolution, Mid Resolution or Low Resolution.